Nostril piercing is a body piercing practice for the purpose of wearing jewelry, much like nose piercing, which is most primarily and prominently associated with Indian culture and fashion since classical times, and found commonly in India, Pakistan, Bangladesh, Sri Lanka, Nepal, and throughout South and even Southeast Asia. Nostril piercing is also part of traditional Australian Aboriginal culture[1] and the culture of the Ilocano, a tribe in the Philippines. With the diffusion, exposure and spread of Indian fashion and culture, nostril piercing has in recent decades become popular in the wider world, as have other forms of body piercing, after punks and subsequent youth cultures in the ’80s and ’90s adopted this sort of piercing. Today, nostril piercing is popular in the wider world including South America, United States of America, Canada, the Caribbean, Australia, Africa, Japan and Europe, with piercings being performed on either the left or right nostril. For some cultures, this practice is simply for ornament, while for others it is for religious practices. Initially in America, this practice was for subcultures and was seen to be associated with minority youth.[2] In the 1990’s, nose piercings were specifically associated with ethnic minorities. Today, this practice has spread beyond this group in America and worldwide it continues to be used for a myriad of reasons. Despite being widespread, this piercing is still associated with negative connotations. For example, in a survey done in the hospitality industry, 81% of hiring managers stated that piercings and tattoos affect their perception of the candidate negatively.

Historically in the Indian Subcontinent, nose piercings are done by women only. However the spread of this fashion has resulted in both men and women having nostril piercings in the wider world. Several different types of nostril rings are found. Among the most popular are the loop, the stud with an L-bar closure, the stud with a ball closure, and the stud with a flat backing.

In India the outside of the left part of the body[citation needed] is the preferred position of the piercing. This is followed by some orthodox folk also because Ayurvedic medicine associates this location with the female reproductive organs.[4] In India, like any other jewelry, piercings and the jewelry are regarded as a mark of beauty and social standing as well as a Hindu’s honor to Parvati, the goddess of marriage. Nose piercing is still popular in India and the subcontinent. The piercings are often an integral part of Indian wedding jewelry. In Maharashtra, women wear very large intricate nose pieces that often cover the mouth or the side of the face.

It is very common in Bengali women. Many South Indian Tamil also follow this old tradition. However, Tamil women traditionally pierce their right nostril. Numerous traditions are associated with it. Many women from the Asian subcontinent are cremated with just their nose studs as jewelry is removed before the funeral. Indian widows usually remove their nose studs as a sign of respect. Nose piercing has historically been strictly forbidden among many families of Kashmirisbelonging to the Butt, Dar, Lone and Mir castes settled in Pakistan, as their ancestors associated nose piercing with people of menial descent in ancient Kashmiri society.

Nose piercing can be dated through Pre-Columbian and colonial times throughout North and South America. Numerous status ceremonies are carved into the North Temple of the Great Ballcourt at Chichin Itza.[5] One of these processions is a nose piercing ceremony that is depicted on the North Temple vault. Rather than depicting sacrifice, the common theme of the temple’s carvings, the central figure is shown aiming what most likely is a bone awl to pierce the figure’s nose. The ritual of the nostril piercing signified the elevated status of this figure. His place in society is symbolized by his nose piercing. Similarly, nose piercing signified elevated status in Colonial Highland Maya. The two prominent lords, Ajpop and the Ajpop K’ama, of the K’iche were pierced through the nose at the pinnacle of an elaborate ceremony.[5] Similar to a crowning of a king, the nose piercing was to show their new found leadership of the K’iche. In Yucatan, explorers Oviedo y Valdes, Herrera y Tordesillas, Diego de Landa, and Jeronimo de Aguilar all noted different nose piercings that they observed in Mayans and other cultures in Yucatan in general.[5] They reported that different stones could have different meaning within each civilization. In addition, they believed the different placement and size and shape of beads could denote the specific society the person came from. The Toltecs were believed to have piercings through the ala of the nose that was ordained with a bead. While the Mayans pierced through the septum and consisted of an oblong bead rather than a spherical.[5] 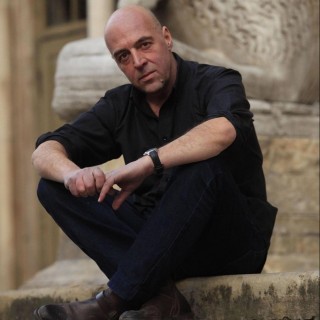